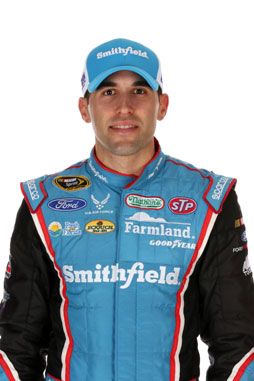 Aric Almirola’s entrance into the motorsports world began in 1992 at the early age of eight. And, since that time, Almirola has climbed the ranks of racing to become a winner in the premier NASCAR Sprint Cup Series driving the most famous car in the sport, the No. 43 Ford owned by “The King” Richard Petty.

A Florida-native, from Cuban descent, Almirola was tapped to be one of the original members of the Joe Gibbs Racing/Reggie White Driver Diversity Program in 2003. He made his first foray into NASCAR competition in 2004 behind the wheel of a late model stock car. He quickly spent the next two years winning in late models around North Carolina and becoming a rising star throughout the southeast.

Joe Gibbs Racing saw the promising future of Almirola and moved him to the NASCAR XFINITY Series in 2006 to race a part-time schedule. Almirola proved he was ready by earning his first career Nationwide Series pole. He remained in the XFINITY Series in 2007 and earned three poles, six Top-10 and two Top-Five finishes. He was also credited with his first win at The Milwaukee Mile with Denny Hamlin taking over driving duties after arriving late from a Sprint Cup track. The success and shared victory helped open doors to the NASCAR Sprint Cup Series when Dale Earnhardt, Inc. inked Almirola to a part-time Cup Series deal in 2008.

Through 2008 and 2009, Almirola faced the hardships that can come with lack of sponsorship. Financial restraints eventually forced Dale Earnhardt, Inc. to shutter the team that Almirola raced. It was a crossroads for the rising star who found himself moving back to the NASCAR Camping World Truck Series in full-time in 2010. Little did he know, it was an opportunity that paved his way to be a NASCAR winner.

In 2010, racing for Ballew Motorsports in the Truck Series, Almirola earned two wins and finished second in the championship point standings. In addition, Almirola piloted an XFINITY Series car for JR Motorsports in seven events before signing to race full-time with the team in 2011. The ladder he had previously climbed was now more stable and reaching to greater heights.

In 2011, Almirola drove to seven top-five and 18 top-10 efforts in addition to one pole position en route to a fourth-place finish in the standings in the XFINITY Series. Again, it was time to move back into the NASCAR Sprint Cup Series. This time, it was a “King” calling asking Almirola to race the famed No. 43.

In 2012, Almirola joined Richard Petty Motorsports. He won his first Sprint Cup Series pole at the Charlotte Motor Speedway and the team hit their stride in 2013 with six Top-10 finishes, including four in a row. The 2014 season was a breakthrough one for Almirola. He won his first Sprint Cup race at the Daytona International Speedway on the same weekend that Petty won his 200th 30 years prior. Celebrating in Victory Lane, Almirola participated in his first Chase for The Sprint Cup. He posted two Top-Five and seven Top-10 finishes enroute to a 16th-place finish in the point standings. The success of the 2014 season earned Almirola a spot in the Top-25 Latino Athletes in ESPN Deportes The Magazine. 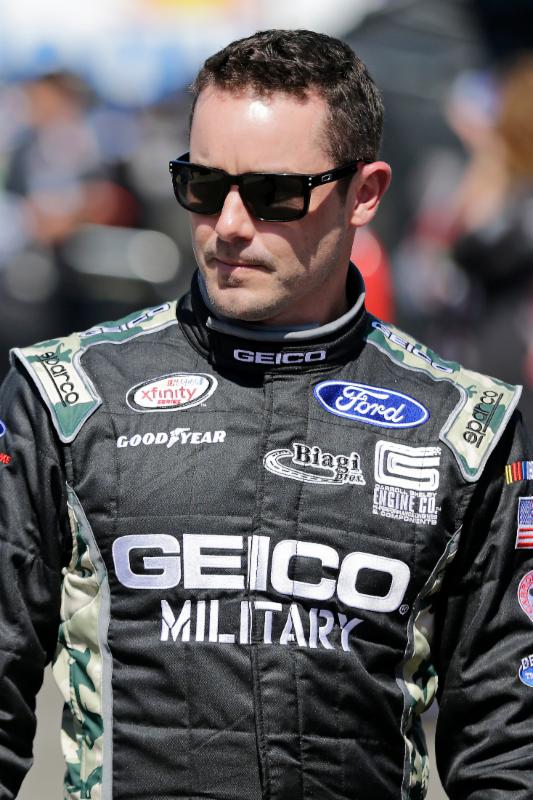 Casey Mears carries with him one of the most recognized names in the sport of auto racing. He has experienced success at each of NASCAR's top two levels, winning races in both the NASCAR Xfinity Series and the Monster Energy NASCAR Cup Series.

Versatility being a cornerstone for Mears, he has also won races in the Indy Light Series, ARCA Series, and in 2006 he became the first full-time NASCAR driver to achieve an overall victory at the prestigious Rolex 24 at Daytona.

While Mears boasts a distinguished resumé, his family dinner table features a banquet of successful careers. He is flanked by father, Roger Mears, who is a championship off-road racer, while his uncle, Rick Mears, has netted four Indianapolis 500 wins.

Biagi-DenBeste Racing will benefit from Mears' experience at the top level of NASCAR. Mears made his NASCAR debut at Homestead-Miami Speedway on November 10, 2001,

and has been employed by NASCAR's best and brightest, including Chip Ganassi Racing, Hendrick Motorsports and Richard Childress Racing. On May 27, 2007, Mears visited

2010 through 2016 saw Mears pilot the No. 13 GEICO Monster Energy NASCAR Cup Series entry for Germain Racing, where he helped a fledgling start-up Cup Series team grow into an organization that competed for wins at the superspeedways, while also notching strong finishes at short-tracks and intermediate racetracks alike.

When not at the racetrack, Mears enjoys spending time with his family and hitting the sand dunes. The Bakersfield, CA, native also favors snowboarding and wakeboarding.

Mears resides in Charlotte, North Carolina, with his wife Trish and their two children.