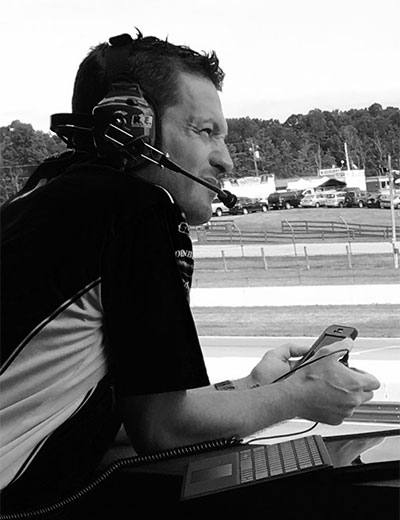 At the age of 8 is when Jon Hanson began racing AMA dirt track motorcycles with his younger brother. They raced every weekend during the summer and even the winter on the ice lakes of Wisconsin. As early teen he progressed to the AMA Pro Dirt tracking ranks. With many wins came many crashes. At the age of 18 he began to Crew Chief for his younger brother Blake Young. The pair combined for many wins prior to Jon took up racing asphalt late models with long time childhood friend Todd Kluever. Jon was just a crew guy helping out on weekends. Jon’s interest in stock car racing was peaked. He teamed with Todd for close to 3 years in the ASA national series before the moved to North Carolina.

Todd was instrumental in Jon joining Roush Racing in 2005. This marked the beginning of his NASCAR career. Starting as a general mechanic on the# 50 truck, the 2006/2007 season elevated Jon to Truck Chief for Erik Darnell on the #99 Craftsman truck. In 2008 opportunity came knocking and Jon accepted a position with Dale Earnhardt Jr and Tony Eury Sr. at JRM racing as Car Chief for Brad Keselowski, for the #88 Nascar Nationwide Series Car. The team won 6 races in 2008 and 2009, had 33 top 5’s and 48 top 10’s with 3 Poles. The 2010-2012 season success was achieved due to the effort of several drivers. Together the team combined for 7 wins, 46 top 5’s, 82 top 10’s and 3 poles.

The middle of the season of 2012, the call from Biagi-DenBeste Racing to Crew Chief the No. 98 Nationwide Series Ford Mustang for Fred Biagi and Bill DenBeste. We have achieved great success for our limited schedule and private funding and look forward to a solid season. 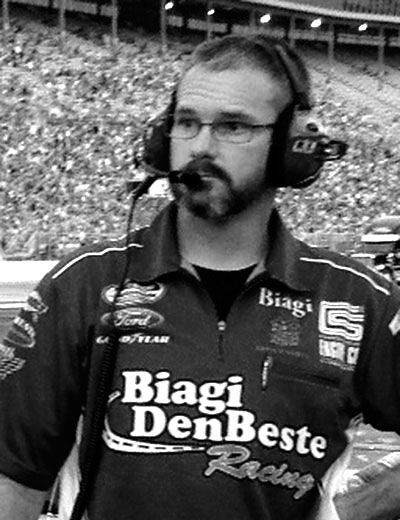 Darrell is a Statesville, NC native where he attended West Iredell High School and graduated in the Class of 1986. He followed up graduation by attending Ohlins Shock School in Hendersonville, NC.

Darrell has been in racing over 27 years. His first professional racing position was with Toner Racing in 1988 where he worked on Late Models. Through his career, he has held various positions including fabricator, tire changer/specialist, shock specialist, shop foreman and currently Car Chief of the No. 98.

When he is not racing, he enjoys hunting, fishing, and riding motorcycles. 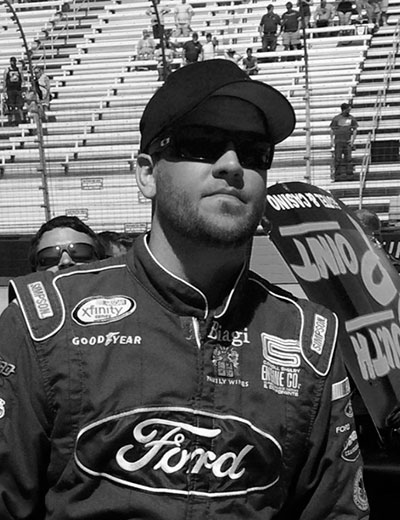 Craig has been helping and working in racing industry for more than 12 years holding many different positions and participating in Mid-Am, ASA Challenge series, NASCAR AutoZone Series and super late models. 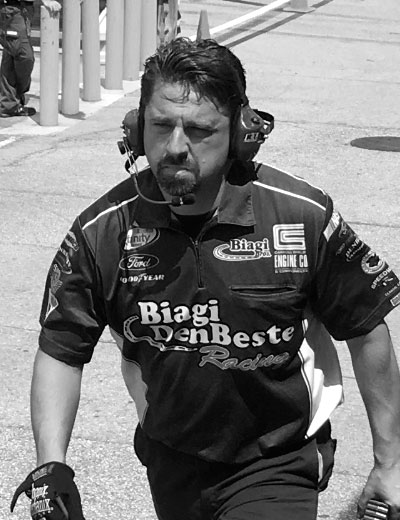 Bobby came to NASCAR with a history of working in HVAC industry. Bobby has been married over 10 years and has two daughters Melani and Adrianna. His first racing job was in truck series with Morgan Dollar as a mechanic and rear tire carrier on the No. 85 truck with Dennis Stetzer. In 2009 he moved on to the Roush Fenway organization working on the No. 09 truck.

Bobby has become a valuable part of insuring the teams tire program is implemented flawlessly. 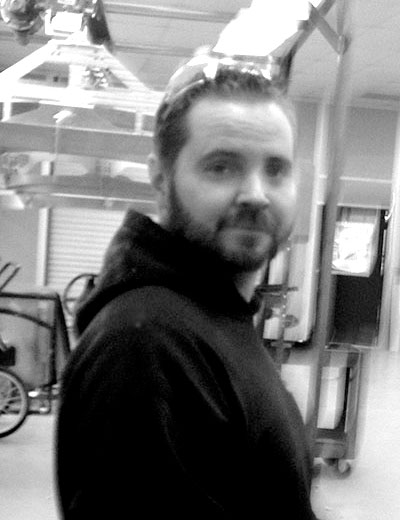 Matt grew up at grandfather’s mechanic shop in Illinois. At early age dad was taking him to local dirt tracks were he helped local legend Scott ‘’Scooter” May. At 7 his dad bought him a go kart and they raced carts for 8 years. At 15 Scott May gave him an open wheel modified to race and he raced modifies until his high school graduation.

He was then off to North Carolina to chase his long time goal of working in NASCAR. Matt attended Carolina Motorsports Tech in Hickory NC. Undecided if NASCAR was the answer Matt moved back to Illinois after graduation and began building dirt modifies and working in the family business.

That all changed in 2006 when an old friend from Carolina Motorsports Tech. called to tell him he had just began working at MWR and they were searching for good people to start a new team. The following week Matt was on the move to North Carolina and began working for MWR for the next 2 years.

Matt moved on to Germain Racing and was soon offered another position with R3 Motorsports where he worked for over 4 years. Now with Biagi DenBeste Racing, Matt oversees and contributes to building of top quality race cars coming out of the in-house fab shop. 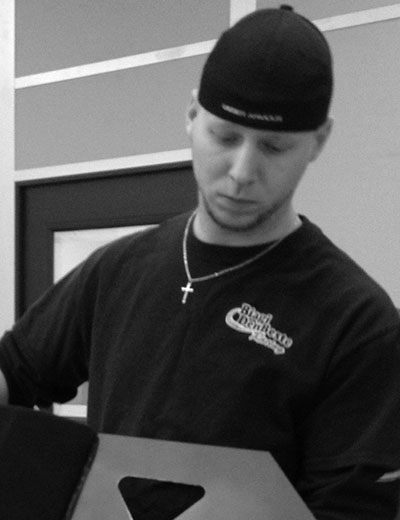 Tyler’s primary responsibility is the interior driver compartment assembly and fabrication. Mounting seats, fabricating leg braces to all interior safety items for the driver compartment, Tyler takes on the serious tasks of driver safety at the shop.

For over 28 years racing has always part of his life. His father raced open wheel modifieds for a living and when Tyler turned 15 he began racing modifieds with his dad's hand me downs. After graduating high school in 2007, Tyler moved to Mooresville, NC searching for a career in NASCAR.

He landed with the Jay Robinson Racing team with Steve Grissom driving and began working up the ladder for Frank Cicci racing, R3 motorsports and later went on to crew chief at Johnny Davis Motorsport's. Prior to coming on board with Biagi DenBeste Racing Tyler was with Germain racing where he held the position of head interior fabrication for Casey Mears. 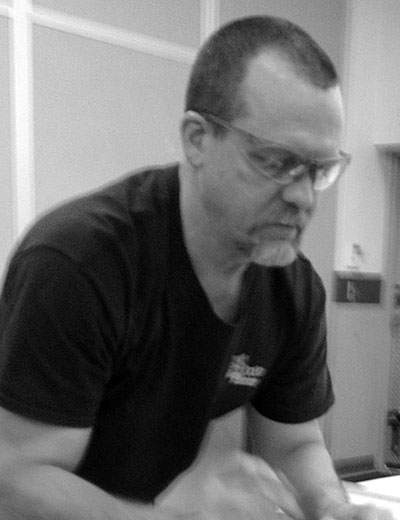 At the age of 10 Ronnie made a visit to Daytona International Speedway and ever since that visit he has been hooked on racing. His interest in street racing and drag racing led him to Mooresville, NC where he has worked for Billy Hess in the hooters Pro Cup Series, MB2 racing and Bam Racing.

Ronnie is a mainstay within the fab shop bringing his vast experience to the quality of race cars being produced within the shop. He loves his work and enjoys learning new things every day. 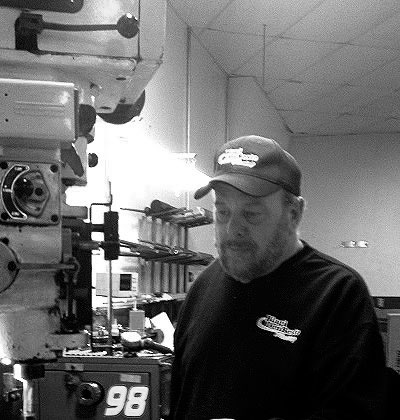 Diego has a long history in many forms of racing beginning with his first racing job in the 1980 BAHA Class 8 Desert Truck SCORE Series. In the mid 80’s he gravitated to NHRA as a crew man and driver. The late 80’s and early 90’s found Diego at Bilstein in their tech. department as a Supervisor. Through the mid 90’s SCCA Road Racing was in the picture where he was part of the crew and fabrication team for the Lemans ZR-1 program. He was also served on a crew and fabrication team in the SCCA Trans-Am series ending his career in the series as crew chief for 3 years.

Since 2005, Diego has been working as a fabricator in the NASCAR XFINITY Series and NASCAR Camping World Truck Series. He has been with Biagi DenBeste Racing since 2012. He enjoys working in his business designing, fabrication and is a master builder of high end Harley Davidson choppers and baggers. 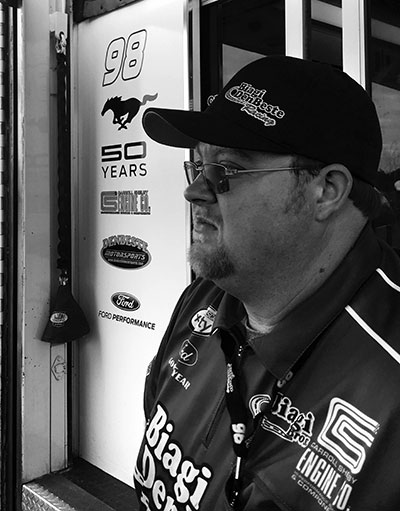 Will started helping drivers at the local dirt track in Savannah, Ga and soon found he had a passion for the sport. Twenty years later, he is instrumental in getting the car and equipment safely to the track. 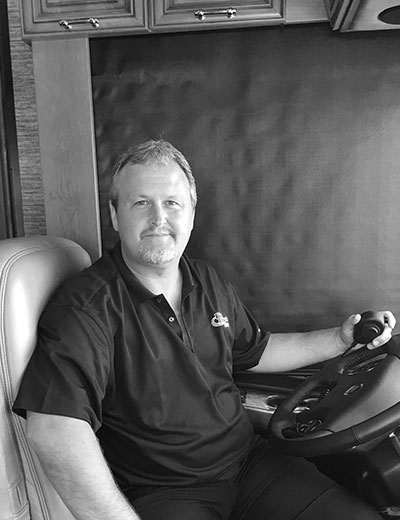 Bradley began his involvement in racing when he was 20 year old at local short tracks in and around North Carolina. It was there that he gained interest in NASCAR.

In 2005 he pursued a career in the industry and has worked for various teams. Bradley has worked for Biagi DenBeste on a part time basis in the past and has recently joined the team full time. 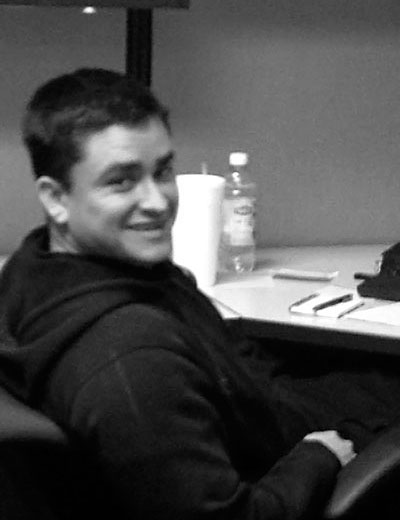 When other kids growing up were busy playing with GI Joes, Andy was fascinated by car magazines and Matchbox cars. An inherent gearhead and compulsively ambitious from birth, he has always strived to find outlets to satiate his fascinations. Andy spent much of his free time, while growing up, working on a farm where he was repairing equipment and rebuilding diesel engines while still in grade school. In high school, his mechanical prowess crashed into my penchant for adrenaline; he became hooked on racing and ran his own automotive repair business to fund his own attempts behind the wheel.

Quickly realizing he was much better suited in the garage than on track, he attended UNC Charlotte studying engineering while designing, building and supporting late model stock cars and modifieds. After contributing to several podium finishes throughout the Mid-Atlantic, he stepped back from oval racing to complete his degree.

Armed with a mechanical engineering degree, he returned to racing one step removed from the track – performing design, development and engineering management duties for racing related parts manufacturers.

While talking to an old friend about the toils of the commercial world, he was presented with the opportunity to return to racing. Two weeks later he was standing in Daytona. After subsequently car chiefing and engineering positions in Cup and, Andy has found a new home here, as the engineer of the Biagi – DenBeste Racing No. 98 Ford Mustang.

Andy’s favorite quote is “If everything seems under control, you’re not going fast enough” – Mario Andretti. He has a point. 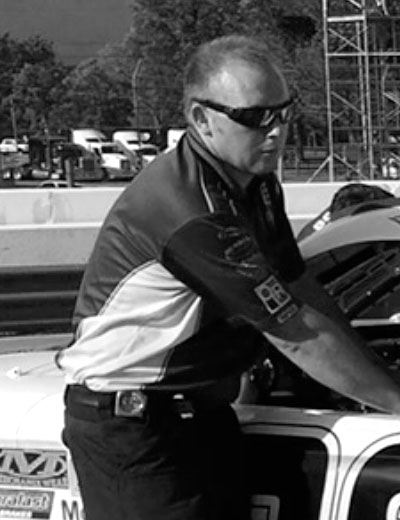 Sterling has happily settled into the field of racing for many years now. He entered NASCAR racing working with Stanton Barret on the No. 30 NASCAR Busch Series in mid-2007. He has made his way through the racing ranks to hold the position as Team Electrician and Track Interior Specialist at Biagi DenBeste Racing. While at the shop, Sterling’s job with the team entails testing, building and repairing the wiring harness for the racecar. Among his duties at the track include taking care of the interior and the driver. Sterling makes sure the driver has everything he needs to perform at his optimum level and the driver’s safety equipment are properly maintained.

Sterling’s hometown is Bainbridge Island, WA but he now resides in Troutman, NC with his two daughters, Nora and Harper along with Krystle, his girlfriend. In his spare time, Sterling enjoys Jeeps, four-wheeling, target practicing, welding projects, machining, and gunsmithing. 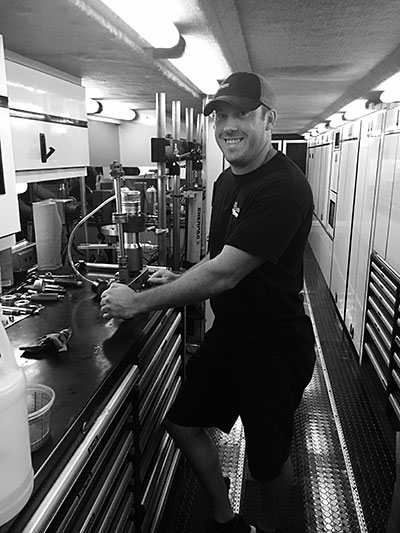 Silver City, New Mexico native, Dennis Wells received his first dirt street stock at the age of 14 years old. His passion for racing came at an earlier age and he has been a part of motor racing ever since.

An important element of the shock is the ability to control the motion of the springs and chassis. The goal is to have predictability of movement from the tires to the way the car turns for the driver. Shocks and springs are a vital part of setting-up the car to perform optimally.

When Dennis is not working, he enjoys sports (both playing and watching), hiking, traveling, and boating. 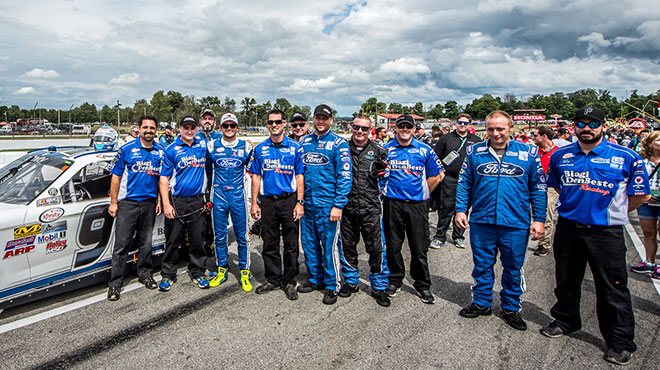